Emergency medicine guidelines to ensure continued flow of blood and oxygen to the brain are emphasized in study that undescores the first 26 minutes of care on the scene of an accident or fall are critical to survival and ongoing brain health.

The study, EPIC4Kids, is a follow-up to the same researchers’ larger all-ages Excellence in Prehospital Injury Care (EPIC) TBI study reported on last year that showed adjusted odds of survival doubled for severe head injury victims and tripled among those who were intubated using the guidelines. 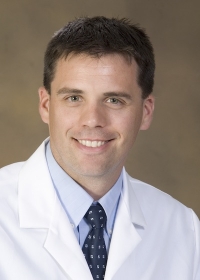 Of 2,801 pediatric TBI cases in the new study – out of more than 21,000 cases from the original – no deaths occurred for those categorized as severe TBI when the guidelines were followed, said Joshua B. Gaither, MD, lead author on the paper published Nov. 10 in the Annals of Emergency Medicine.

“For those kids with severe head injury, the adjusted odds of survival were 8.4 times higher after we started this,” said Dr. Gaither, an associate professor and EMS Fellowship director in the Department of Emergency Medicine at the UArizona College of Medicine – Tucson, an Arizona Emergency Medicine Research Center (AEMRC) member and Tucson Fire Department medical director.

Read how a mother – Glendale Fire paramedic Alex Matthews, trained through the EPIC initiative – helped saved her son’s life after a car they both were in was involved in a traffic accident.

“Dr. Gaither’s work as part of the statewide AEMRC is a big milestone in the fight against traumatic brain injury. Because this work was with children, the future economic impact of improving outcomes is huge,” said Samuel M. Keim, MD, professor and chair of the Department of Emergency Medicine, AEMRC director and a coauthor on the paper.

According to latest figures from the U.S. Centers for Disease Control and Prevention, the burden of TBIs includes about 2.9 million emergency department (ED) visits a year, 288,000 hospitalizations and nearly 57,000 deaths. Among children, TBIs include 837,000 ED visits, 23,000 hospitalizations and more than 2,500 deaths a year, making it the leading cause of pediatric death and disability.

Cases in the EPIC and EPIC4Kids studies were drawn from Arizona State Trauma Registry data from the Arizona Department of Health Services. To be included in the EPIC4Kids study, the patient had to be age 17 or under, suffered TBI among their injuries and had been transported to a Level 1 trauma center by an EMS agency between Jan. 1, 2007, and June 30, 2015.

The 2,801 EPIC4Kids cases were given a head injury score of one to six, then put into three subgroups based on severity – moderate, severe and critical. Critical cases often involved intubation of the patient and multiple injuries beyond TBI. Survival improvement for the total number of cases was not significantly different from the EPIC study, but for the severe TBI pediatric group – the largest at 2,001 cases – survival to hospital discharge from before implementation of the new prehospital care guidelines to afterward was 100%.

The TBI guidelines, first introduced in 2007, focus on what are called the “three H bombs” to avoid when treating head injury – hypoxia, hypotension and hyperventilation. All three cause a lack of oxygen or blood flow to the brain and can be tracked by EMS providers in the field with a monitor already in common use. The first involves low oxygen saturation in the blood, the second low blood pressure and the third constriction of the arteries due to a carbon dioxide drop in the blood caused when an EMS provider squeezes a breathing bag on a patient faster than necessary.

To prevent hypoxia, EMS providers are taught to administer high-flow oxygen to patients right away. To prevent hypotension, they’re taught to administer intravenous fluids quickly as well. To prevent hyperventilation, many EMS agencies now use special, flow-controlled breathing bags with a timing light as a visual cue for the proper rate. That rate, Dr. Gaither pointed out, varies from 20 squeezes per minute (every 3 seconds) for those age 14 and younger to 10 squeezes per minute (every 6 seconds) for older children and adults.

“It can be really hard to get the right sequence” when you’re on the scene of an accident, Dr. Gaither said. “One way to think of it is, most of us would bag a patient at a rate the same as our own heart rate. So in these really, really stressful settings, we just tend to go way too fast. And, ironically, that’s really bad – bad for the brain.”

For that reason, newer air bags also include a piston to stop too much air from being pushed into a patient’s lungs.

Dr. Gaither added that, prior to EPIC, hyperventilation in TBI patients was considered a plus because squeezing air into the lungs quickly and deeply can reduce intercranial pressure. But it also deprives the brain of blood and oxygen – and, after four minutes of low flow, brain neurons begin to die. 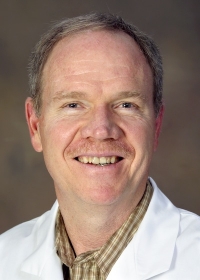 Daniel W. Spaite, MD, a professor and the Virginia Piper Distinguished Chair of Emergency Medicine, and AEMRC associate director at the College of Medicine – Phoenix, said more than 11,000 Arizona paramedics and emergency medical technicians, or EMTs, have been trained in the new treatment guidelines since 2012. This is important because less than a half-hour of prehospital treatment before hospital arrival is the most critical for TBI patient survival.

“To think that, on average, the first 26 minutes of six-and-a-half days of medical care, improved adjusted odds of survival by more than 700% in severe head trauma – it shows how quickly the neuron dies. If you don’t do it right – if you deliver a dead brain cell – it doesn’t matter how good the neurosurgeon is. They’re not going to get it back. So the impact of the prehospital care is really remarkable,” he said. Dr. Spaite also is medical director for the City of Mesa Fire and Medical Department, co-principal investigator on both TBI studies and a coauthor on the paper.

Dr. Gaither underscored a need for regular reviews of head injury cases with first responders by EMS medical directors to reinforce that guidelines, which cost little or nothing to implement, are followed.

“There’s absolutely no reason why any EMT or paramedic couldn’t implement these standards of care,” he said. “But getting our providers to focus on these truly critical interventions requires weekly feedback to ensure they’re implementing these strategies. That type of quality improvement initiative is what will make the difference in communities across the country.”

Dr. Spaite agreed. “What we have found is that this is very simple care, but it’s not easy to do. It takes constant focus and there’s always something new and shiny and exciting and attention-diverting. There are a million other things and it’s very easy to go back to ventilating at 40 times a minute or 50 times a minute without even realizing you’ve done it, unless you get constant feedback and constant reminders and refreshers.”

Both doctors credited the partnership between UArizona, the Arizona Department of Health Services and EMS agencies across the state – as well as participating hospitals – with making this effort successful. “Not one of the authors of this paper actually provided the care” on the scene for those treated during the timeframe of this study, Dr. Spaite said. “There are 133 agencies whose EMTs and paramedics actually provided that care.” We owe our thanks to them, he added.

If the EPIC-TBI treatment guidelines were implemented across the U.S., thousands of brain injury deaths among children could be prevented, Dr. Spaite said, adding that it sometimes can take up to 20 years to get medical best practices fully adopted nationwide. Next, he and Dr. Gaither are planning a large national study on TBI to leverage findings of the EPIC and EPIC4Kids studies.