The Arizona Emergency Medicine Research Center (AEMRC) Phoenix and the Save Hearts in Arizona Registry and Education (SHARE) Program in the Bureau of EMS & Trauma System at the Arizona Department of Health Services (ADHS) offer an International Visiting Scholars program that hosts  emergency medicine researchers from around the world. This successful international exchange has resulted in numerous research and practice collaborations and publications. 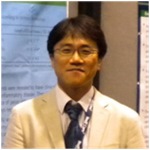 Sungwoo Moon, MD – July 2012 to Dec. 2013
Dr. Moon is associate professor at Korea University Medical School in South Korea. He is an emergency physician and chief of the Emergency Department at Korea University, Ansan Hospital. He also is the medical director of Ansan, a city in Gyunggi Province. Ansan is located near Seoul, South Korea. Dr. Moon has published two research papers from his time as a visiting scholar in Arizona:“Disparities in Bystander Cardiopulmonary Resuscitation Provision and Survival from Out-of-Hospital Cardiac Arrest According to Neighborhood Ethnicity” and “Analysis of Out-of-Hospital Cardiac Arrest Location and Public Access Defibrillator Placement in Metropolitan Phoenix, Arizona.” 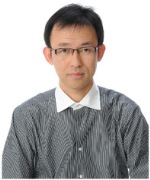 Taro Irisawa, MD – Sept. 2013 to Sept. 2015
Dr. Irisawa currently is an assistant professor in the Department of Traumatology and Acute Critical Care Center at the Osaka University Hospital. He was a staff physician at Osaka University Hospital, chief physician in Orthopedic Surgery at Toyohashi Municipal Hospital and sub-chief Physician in Orthopedic Surgery at Sakai Municipal Hospital. While in Arizona, his research focused on post resuscitation patients, specifically those who wake up after 72 hours following Targeted Temperature Management rewarming. He also has studied chest compression release velocity. He recently presented the abstract “Chest Compression Release Velocity Declines Over Time During CPR” at the January 2015 NAEMSP meeting in New Orleans. 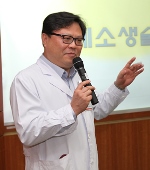 Oren Wacht, PhD – Sept. 2014 -
Dr. Wacht currently works as a clinical instructor in the Department of Emergency Medicine and Health Systems Management at Ben Gurion University, Israel. He has served as a paramedic in the Israeli national EMS service and the Israeli army reserve. He has studied family presence during resuscitation and the development of the paramedic profession in Israel. Dr. Wacht is a member of the Israeli Ministry of Health advisory committee on prehospital outcome measures and the Israeli Society of Resuscitation. 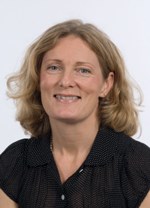 She has been a registered nurse since 1989 and worked primarily in the Section of Cardiology, South General Hospital, Stockholm, until 2006. At that time she began her PhD studies at Karolinska Institute. She defended her thesis in 2009, “Bystander CPR: Different Aspects on Early Treatment of Out-of-Hospital Cardiac Arrest,” which included a nationwide telephone CPR study comparing standard CPR versus compression-only CPR.

Since 2010, she has held the position of postdoc and lecturer at Karolinska Institute, as well as working on a research and development  assignment for SOS Alarm AB, the Swedish dispatch organization.

Since 2014, she has been the deputy head at the institution of Clinical Science and Education, KISÖS. She also is deputy chair for the Akademic Ambulance, a joint project between science, education (universities) and clinical prehospital organizations (Stockholm County).

Dr. Bohm currently is working with SHARE colleagues on a project to measure the time supplementary breathing assessments take in cardiac arrest calls. 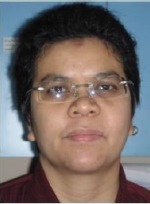 Sarah Shaikh Abdul Karim, MBBS – Feb. 2015
Dr. Karim is an emergency physician in the Emergency and Trauma Department, Hospital Sungai Buloj, Malaysia. She is a master trainer for the Malaysian Emergency Response System, Ministry of Health Malaysia. She is a member of the Dispatch Review Committee and Cultural Committee for emergency medical dispatch, Ministry of Health Malaysia, and is the Klang Valley Regional Coordinator for Radio Communications in Emergency Services. Dr. Karim is a member of the Pan Asian Resuscitation Outcome Study (PAROS) network.